With this feature you are able to highlight these kind of issues in Scope:

Nb. It can take up to 3 sec to highlighting switch on after page updating.

Unplanned issues are issues in Scope that are not scheduled by Portfolio due different reasons, they don't have Scheduled End.

To make this feature work you should add Scheduled End column to your Scope table. 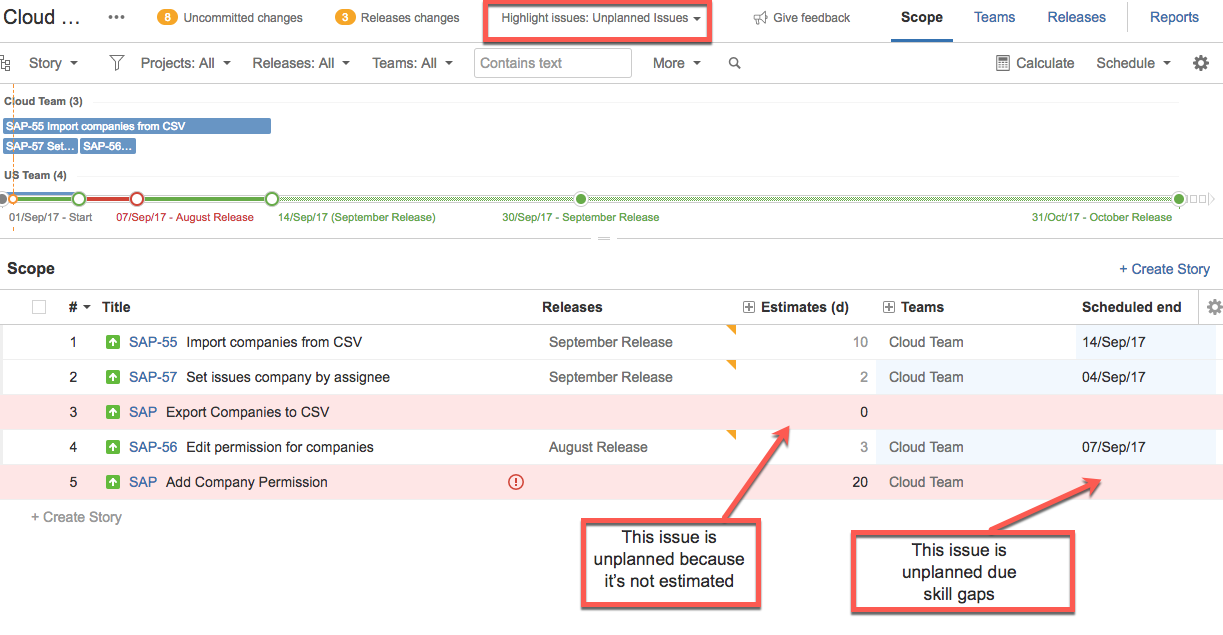 Break Release issues  are issues that are scheduled to some Release but their Scheduled End is later than their Release End Date.

Please, see on screenshot below.

To make this feature work you should add Scheduled End column to your Scope table. 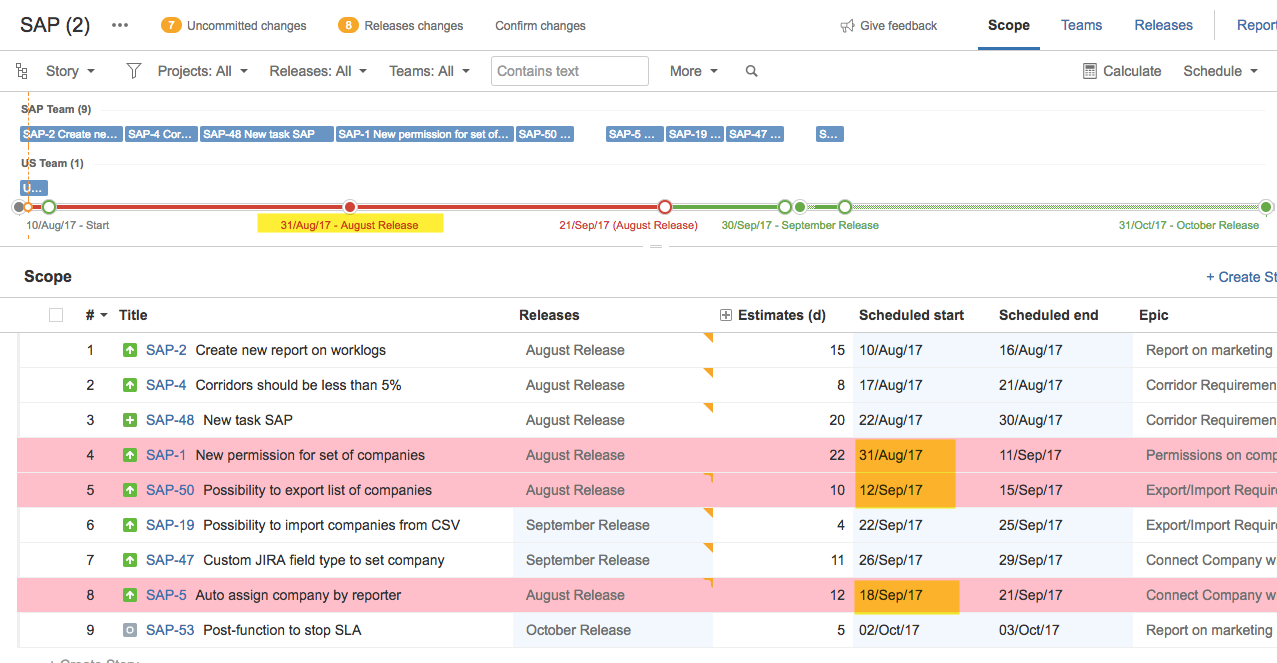 Fixed Release issues are issues which have fixates Release, nor Calculated, see below:

For SAP-54  we see Calculate option for Release.  August Release will not be transfered to JIRA and it can be changed by Portfolio after re-calculating the schedule.

And you are able to highligt issues with fixed Release.

In case below Mark is scheduled by Portfolio to SAP-54, but he will not be assigned to SAP-54 in JIRA, because he is not fixed in plan, we see - No constraints.

To commit Mark to JIRA issue, we need first manually to fixate him:

Also we  may need to "fixate" Release or Members for some issues in case we want they weren't changed with the next  Calculation.

And now you are able to highlight issues with fixated Members.